Exhibitions showcasing final projects of studio arts seniors opened Nov. 17 and will be on display until Dec. 5 at the Balzer Contemporary Edge Gallery in the Academic Building at IAIA.

The six students, all studio arts majors receiving their bachelor in fine arts in their final semester, each worked with senior project advisors, studio arts faculty, and peers to create a body of work that represents their artistry, course of study, and academic experience at IAIA.

When the gallery doors opened Friday night, each artist stood by their work proudly, greeting those who attended the reception who had enjoyed refreshments served outside the gallery.The artists shared their thoughts on how being at an indigenous school has shaped them and what life looks like after graduation.

“This place provides a nurturing atmosphere. We share affinities with one another,” said Aaron “Arrow” J. Yazzie (Navajo), whose concentration is painting.

Aaron was joyous as he presented his work, shaking hands with both friends and strangers marveling at his colorful pieces titled “A Bunch of Everlastings.”

Aaron plans to apply for scholarships, and after graduation, he plans to attend graduate school.

Brian Jai Keith (Cheyenne/Tewa/Hopi)  whose concentration is jewelry, shared his ambitions while  wearing a top hat, and carrying a colorful paper bouquet, as people observed his work.

“I would have  never been able to achieve the skill level that I have without the opportunity  of the school,” Brian said.  With a smile on his face, Brian explained that he plans to attend graduate school, receive his master’s degree, and aspires to have a family in the future.

“Coming here I was more into my drawing style,” said Claver Garcia (Ohkay Owingeh Pueblo), whose focus is painting, sculpture, and ceramics. He was serious as he presented his work because of what it means to him as an artist.

Being at IAIA, he uses a more traditional design. “My work reflects my identity,” Claver said as he pointed to the painting beside him titled “Red Cross War.” Claver would like to complete his psychology degree and receive his master’s in the future. After a moment of contemplating where he would like to attend, he shrugged and said, “Maybe California.”

Alyssa Mara Williams (Laguna/Santo Domingo Pueblo),  whose focus is photography, and painting, seemed shy at first, as she took a moment to think about IAIA before stating, “I grew up as an “urban Indian. Coming here opened my eyes to cultures, to indigenous people.”

Alyssa confidently explained her plans for starting a photography business, already having her own business cards as a freelance photographer. She also wants to return to school for substance abuse.

“I have a strong connection to the people here at school. The faculty, staff, students. It’s important for me,” said Manuel “Manny” Ramirez (Otoe-Missouria), whose focus is printmaking.

His artwork dangled around him from the ceiling. Upbeat and excited for his future after graduating from IAIA, Manuel plans to apply to a graduate program for his master in fine arts with an emphasis on nature art.

“Being here has encouraged me to do Native work,” said David
Naranjo (Santa Clara Pueblo), whose focus is digital arts, and
painting.

“[Teachers] really want you to harness and create what you’re passionate about.” He did not hesitate to answer what his plans were in the future. “[I plan to] survive.” David hopes to start a small business with his brother and take a break before going for his master’s degree.

Courteney Handy, a senior in creative writing with a concentration in fiction, was not a part of the exhibition but did her Graduating Senior BFA Reading at the IAIA Library on Nov. 30.

A transfer student from the Santa Fe Community College, Courteney explained that she feels IAIA is “better” than SFCC because it has a focused culture. “I learned how to branch out instead of focusing on my personal culture which is not Native, so its helped me be more conscious about different cultures out there.”

With an anxious and excited sigh to graduate this year, Courteney said she would be working as an editor in Eldorado for the Vistas newspaper. She reported with a grin that she would take a break, but would  return to IAIA to work on her master of fine arts degree.

The senior exhibition was opened until Dec. 5. 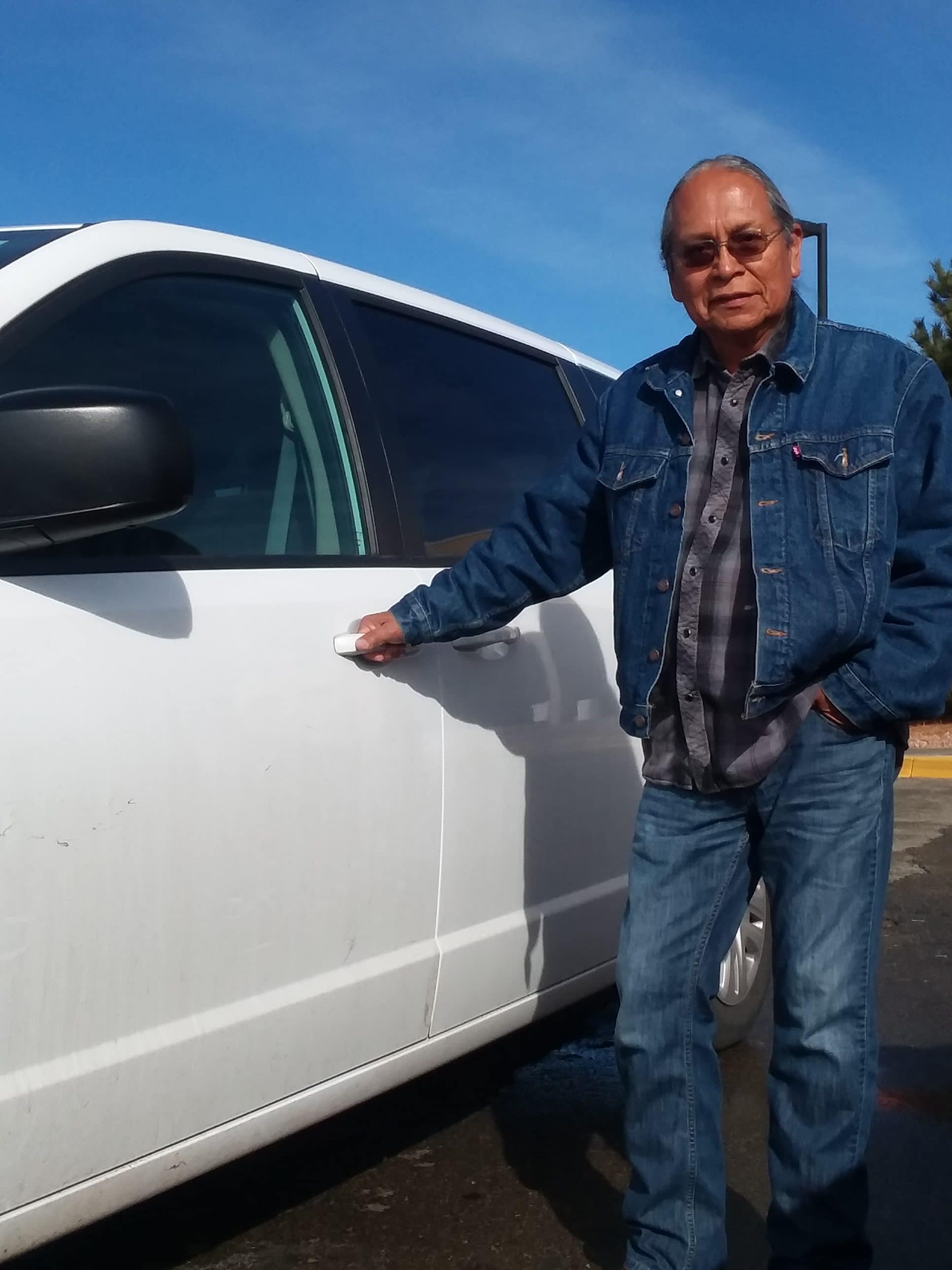 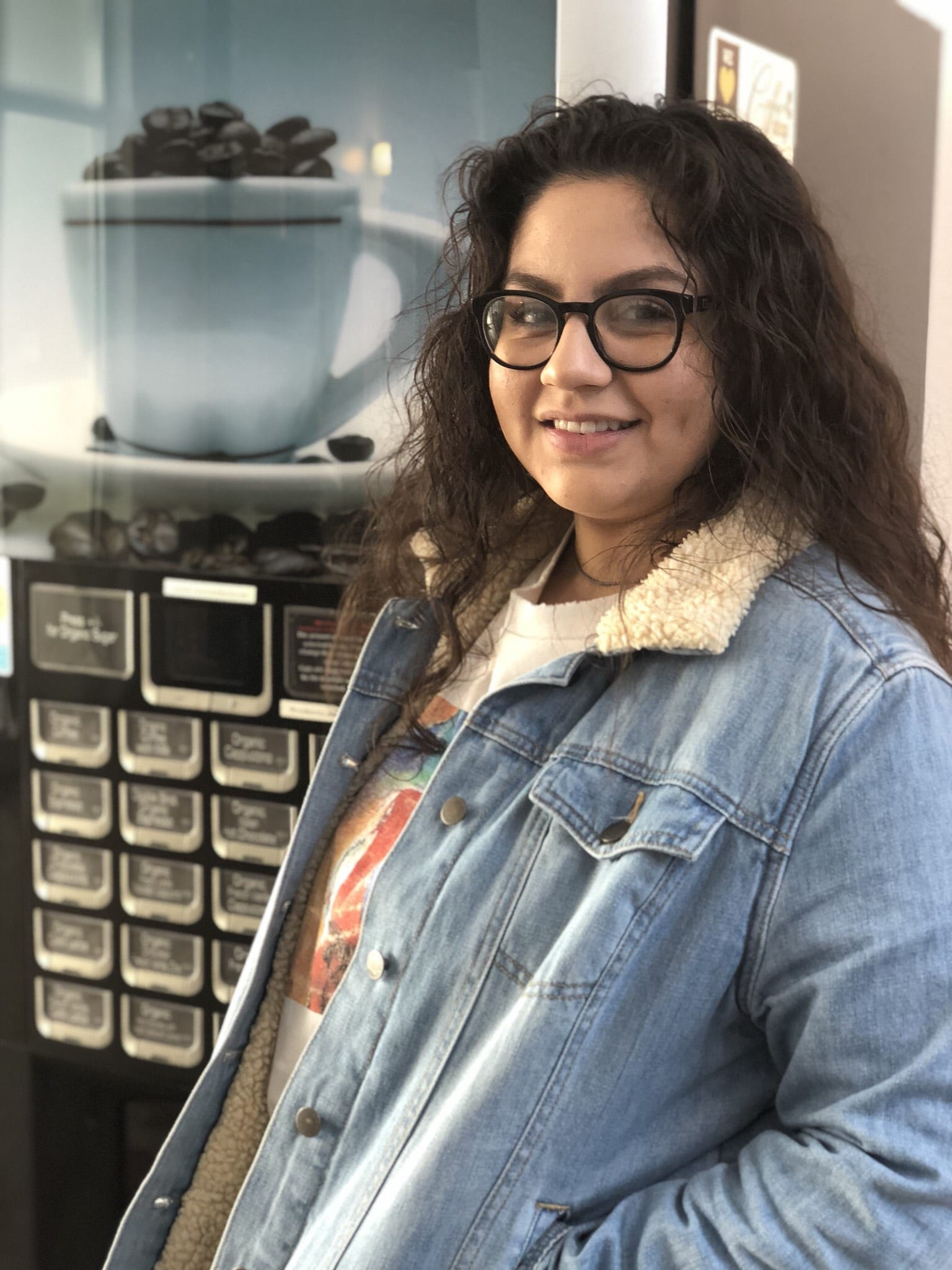 Students Raise Their Voices to Bring a Coffee Shop to IAIA